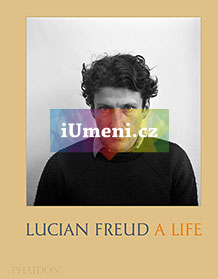 A breathtaking visual biography of Freud, told through his own words, unpublished private photographs, and painted portraits

This unprecedented look at the private life of Lucian Freud begins with childhood snapshots and ends with rarely seen photographs made in his studio in the last weeks of his life. In between, the life of one of the most important artists of the twentieth and twenty-first centuries is vividly documented - through family photos, in images of the painter in his studio with some of his most celebrated sitters, and in portraits by his peers, first among them Francis Bacon.

Mark Holborn is an editor and book designer who has worked with such diverse artists as Lucian Freud, Richard Avedon, Irving Penn, Issey Miyake, William Eggleston, and James Turrell. He edited, with David Dawson, the two-volume retrospective Lucian Freud (Phaidon 2018).

David Dawson is a painter and director of the Lucian Freud Archive. He was Freud's studio assistant from 1991 until the painter's death, and was a frequent model for his paintings..
Phaidon