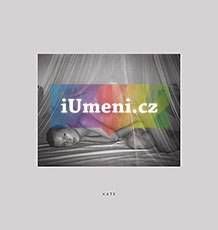 This gorgeously produced book features intimate, never-before-published portraits of a young and undiscovered Kate Moss, taken in the early 1990s by her then-boyfriend, Italian photographer Mario Sorrenti. Seen by Calvin Klein, the photographs gave life to the famous Obsession campaign, which launched Moss to international superstardom.

Sumptuously reproduced in tritone and presented in a cloth-covered clamshell box, Kate is a stunning photographic portfolio of one of contemporary culture's most iconic figures. It includes tipped-on images on the book and clamshell box's covers, plus an introductory essay by Sorrenti, which puts the work in its uniquely personal context.

This book, which celebrates the dawn of two legendary careers, and the start of the highly influential aesthetic of 1990s fashion photography, is a must-have for Kate Moss's fans, for fashion devotees, and for lovers of traditional portraiture and fashion photography.

Mario Sorrenti is an Italian photographer and director. He has published his work extensively in fashion magazines, including Vogue, i-D, W Magazine and Harper's Bazaar, and has had exhibitions in London, Paris, Monaco, and New York. He shot for brands including Calvin Klein, Dior, Lancôme, Paco Rabanne, and Benetton, among others..
Phaidon

Název publikace: A World of Your Own1 Kč