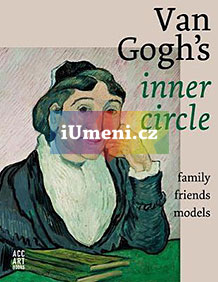 A groundbreaking new exhibition will be presented by the Het Noordbrabants Museum, focusing on the impact of Van Gogh's interpersonal relationships on his work. Part biography, part art history, the catalogue of this exhibition will dismantle the commonly-held conception that Van Gogh's genius stemmed from his mental illness and isolation.

Revealing a complex, emotionally engaging picture of the man behind some of the most celebrated works in history, this catalogue includes well-known works and pieces from private collections, as well as rare documents virtually unknown to the public, such as a never-before exhibited sketchbook that Vincent gifted to Betsy Tersteeg, daughter of an art dealer at The Hague; poetry he sent to his dear brother and confidante Theo; and six rarely featured letters of condolence received by Theo after Vincent's death. Masterpieces include Still life with Bible (1885), Madame Roulin Rocking the Cradle (La berceuse) 1889, and L'Arlesienne (Madame Ginoux) (1890). The catalogue also contains numerous less well-known portraits of family and friends, revealing how they appeared through the artist's eyes. Van Gogh's Inner Circle sheds light on Vincent's often tempestuous personality, his love affairs, his eventual estrangement from many of his colleagues, and how his relationships influenced the work he produced in the years leading up to his premature death..
neuveden