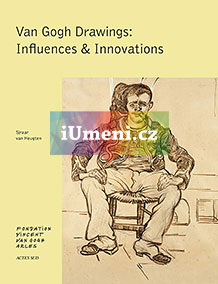 Vincent van Gogh started his artistic career by concentrating on drawing. Convinced that this was the foundation he needed to become a painter, he did little else for the first three years of his career. Consequently, he was a talented draughtsman long before he became an experienced painter. Drawing would always be an important part of his artistic activities, and his outstanding mastery makes this part of his production an equal counterpart to his paintings. This book considers the influences of prints and drawings by other artists on Van Gogh’s drawings and his small graphic oeuvre. Besides a representative choice from Van Gogh’s work in some 35–40 drawings and prints, a range of works will be shown that inspired his early and his late work: prints from illustrated magazines and 19th century prints which he collected and which strongly influenced his early work; replica’s of 17th century prints, Japanese prints and other works which led to his remarkable drawings with the reed pen in Provence. Van Gogh absorbed a multitude of influences, but merged all that in works that are highly innovative, in style but quite often also in technique. The exhibition and the accompanying publication will pay close attention to those and other aspects of one of the most remarkable drawn oeuvres of the 19th century..
Slovart