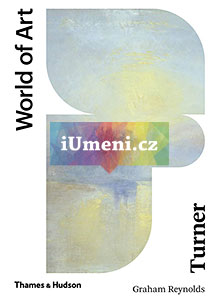 A classic study of Britain’s greatest painter, revised and updated to offer a fresh, clear reappraisal of the artist’s life and work. Few British artists have ever achieved such a wide range of style in oil painting, watercolour, drawing and engraving as J. M. W. Turner. He had a precocious gift that was developed over a lifetime of experiment and innovation. This classic book in the World of Art series traces the artist’s career – from youthful pictureseque views and watercolours of ‘Gothic’ ruins to the romantic landscape and historical compositions of his maturity, and the astonishing art of his later years. In these late paintings Turner’s tragic sense of life is stated most profoundly and the work was unintelligible to his contemporaries – but his reputation as the greatest British painter now rests on our understanding of these as pioneering explorations of abstraction, prefiguring the art of the 20th century. Graham Reynolds weaves together the artist’s biography with sensitive criticism of his work, through all phases of his career, in this classic work – first published in 1969 – that has long served as an outstanding introduction to Turner’s life and art. It has now been revised and updated by the curator of the Turner Bequest at Tate, David Blayney Brown, to reflect recent discoveries and interpretations, and the illustrations are in full colour for the first time. It will serve as the best available study of this perennially popular artist for a new generation of readers..
Thames & Hudson

Název publikace: The Field Guide to Supergraphics: Graphics in the1 Kč