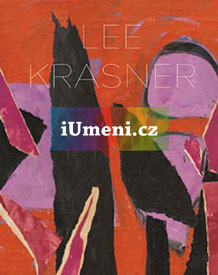 This monograph accompanies the first European retrospective of the work of Lee Krasner (1908–1984). One of the original abstract expressionists, Krasner’s importance has for too long been eclipsed by her marriage to Jackson Pollock. In fact, his death in 1956 marked her renaissance as an artist.

Over the course of more than five decades, Krasner continually scrutinized and reinvented her practice, giving her work formidable energy and impact. Her accomplishments began to be recognized toward the end of her life and in 1984 she became one of the few women artists to be given a solo exhibition at MoMA. As Krasner quipped about her belated recognition: ‘I was a woman, Jewish, a widow, a damn good painter, thank you, and a little too independent’.

This volume features an outstanding selection of her most important paintings, collages and drawings, contextualized by photography from the post-war period, an illustrated chronology, and includes an unpublished interview with her biographer Gail Levin. Tracing her evolution as an artist – from her earliest self-portraits to the acclaimed ‘little image’ series, from her 1950s collages to epic painterly canvases – this book offers a vivid impression of one of the most tenacious women artists of the 20th century, whose work and life feels more relevant than ever today..
Thames & Hudson