Andy Warhol : The Alchemist of the Sixties 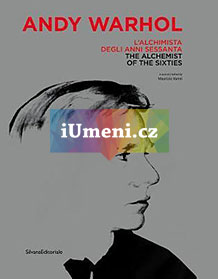 Painters and alchemists alike strive to transform reality into its highest expression. Thus Andy Warhol can truly be seen as a modern alchemist - capable, by means of his art, of transforming matter into shape as it meets colour and surface, only to merge with light and supreme beauty. This volume retraces the creative universe of the Father of Pop Art through 140 works of art: masterpieces ranging from his most famous icons - Jackie and John F. Kennedy, Marilyn Monroe - to a critical observation of contemporary society via the serial reproduction of consumer products and the analysis of other aspects of daily life such as
music or the sexual revolution..
neuveden