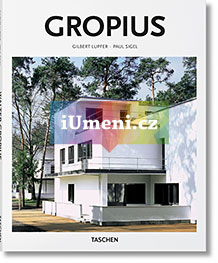 Walter Gropius (1883–1969) set out to build for the future. As the founding director of the Bauhaus, the Berlin-born architect had an inestimable influence on our aesthetic environment, championing a bold new hybrid of light, geometry, and industrial design, as dazzling today as it was a century ago.

In this essential architect introduction, we survey Gropius’ evolution and influence with 20 of his most significant projects, from the Bauhaus Building in Dessau, Germany, to the Chicago Tribune Tower and Harvard University Graduate Center, completed after Gropius’s exodus to the United States in 1937. We explore his role both as an architectural practitioner, and as a writer and educator, not only as a Bauhaus pioneer, but also, along with Ludwig Mies van der Rohe, as a leading proponent of the International Style.

Along the way, we see how many of Gropius’s tenets remain benchmarks for architects, designers, and urbanists today. Whether in his emphasis on a functional beauty or his interest in housing and city planning, Gropius astounds in the agility of his thinking as much as in the luminous precision of his work..
Taschen