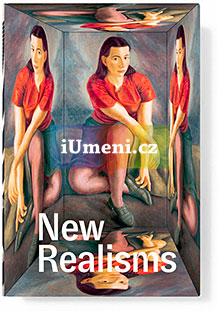 Over the course of fifteen chapters, the collective monograph New Realisms explores a subject of Czech and Slovak art history that has not previously been studied in such a comprehensive manner. The result of many years of research by a team of thirteen authors, the book offers a summary overview of modern realist approaches to art in the Czech lands and Slovakia in 1918–1945, expanded to include chapters on selected aspects of realist art before and after this timeframe, plus case studies from the related fields of film, literature, and music. Much attention has been paid to photography, a medium that contributed significantly to transforming the era’s art and its visuality. The photography of that era is often given the umbrella term “New Photography,” which shares with modern realisms a focus on modern life. In this publication, modern realist approaches are presented as an alternative to programmatically innovative tendencies – as a unique artistic style, formed by local conditions, that reflected contemporary developments abroad. Although most art made during this time in the Czech lands and Slovakia looked to France, there also existed a notable tendency towards new realist approaches that reflected the latest developments in Germany, Italy, the Netherlands, and the United States. New realist artists were often members of Czechoslovakia’s ethnic minorities, and until recently the linear modernist view of art history has tended to view some of them as outsiders.
The book traces and evaluates theoretical concepts then and now. It follows the domestic interpretation of the era’s theoretical understanding of modern realisms, defines the relevant terminology, and uses specific examples to document the specific nature of Czechoslovak art and its relationship to foreign art. Besides art labeled New Objectivity, the authors have also focused their attention on other, locally conditioned, forms of modern realism, including works by so-called “regionalists.”.
Národní památkový ústav